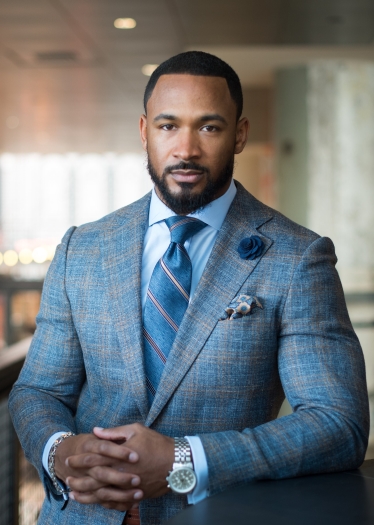 Camara Mintz, a founding partner of Garcia & Mintz, is a firm believer that the rights of all peoples are upheld under the law. For this reason, Camara fights for innocent men and women who are injured due to the negligence of another. The convictions that lead him to stand for the rights of the innocent have been bolstered by his many wins. Camara knows that many of his clients would not be where they are today without his help and the guidance of his firm.

Camara was a student athlete at his alma mater, Gannon University in Erie, Pennsylvania. He obtained a full scholarship for his B.A. in criminal justice by playing basketball for the university. Shortly after graduation, he joined Washington law enforcement for nearly five years, acting as deputy sheriff of the metropolitan area. From his time as a sheriff, Camara gained a unique perspective on how the law impacts the rights of citizens. His law enforcement experience honed his ability to thoroughly research and investigate claims made by defendants and has helped him understand the intricacies of how law enforcement and the judicial system interacts. These skills trickle down to Camara’s clients, giving those he represents a creative and fresh look at personal injury claims.

Camara attended law school at The Catholic University of America, Columbus School of Law, where he obtained his J.D. His sense of judicial fairness led him to join the Charles Country State’s Attorney’s Office. During his time there, Camara realized that many of his cases involved people who were injured and needed help. While he successfully put away criminals, he sought to aid clients who needed legal help due to unforeseeable circumstances caused by others. This passion lead him to start Garcia & Mintz, where he fights for those who have run out of options and need help. Camara is committed to a core set of beliefs that he gained.

When taking on any type of personal injury matter, he adheres to the following philosophy:

A Washington native, Camara is respected by his legal opposition, his work colleagues, and his clients. He vows to protect the rights of the community through passionate work that helps his client recover from their wounds. If you, a friend, or a family member, are injured or wrongfully killed by another’s negligence, Camara Mintz is the representation you want on your side.